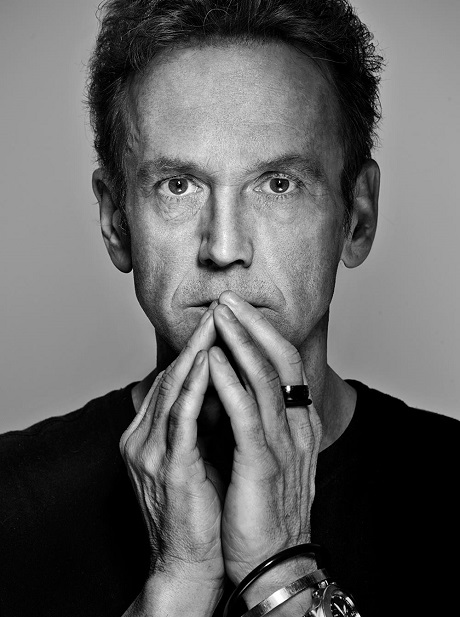 San Diego Comic Fest is proud to welcome
Bill Sienkiewicz as our 2020 Guest of Honor!

He has also contributed on-set props and portraiture for Legion, storyboards for The Green Mile, and production and character design for the PBS children’s TV series Where In the World is Carmen Sandiego? The character of Kingpin in Spider-Man: Into the Spider-Verse was modeled after Sienkiewicz’s interpretation in Marvel’s Daredevil: Love and War.

He has taught at The Illustration Academy in Kansas City, MO and The Kubert School in Dover, NJ, and spoken at the California College of the Arts in San Francisco and ArtCenter in Pasadena, CA.

Sienkiewicz has garnered numerous accolades—most notably 2019 Eisner Awards for the Eisner Hall of Fame and Best Archival Collection for IDW’s Bill Sienkiewicz’s Mutants and Moon Knights and Assassins, 2004 Eisner for DC Comics’ The Sandman: Endless Nights, and 1995 and 1996 Emmy Award nominations for Where In the World is Carmen Sandiego? In the mid-80s, Elektra: Assassin swept the top comic illustration awards in the U.S. and Europe, with a Kirby Award, Yellow Kid Award, and Gran Guigiri Award. He also earned a Spectrum Grand Master Award, Inkpot Award, four Eagle Awards, Alpe d’Huez Award, Haxter Award, Adamson Award, March of Dimes Award for charity work, and a Lifetime Achievement Award from the Newark School of Fine and Industrial Art, which he attended.